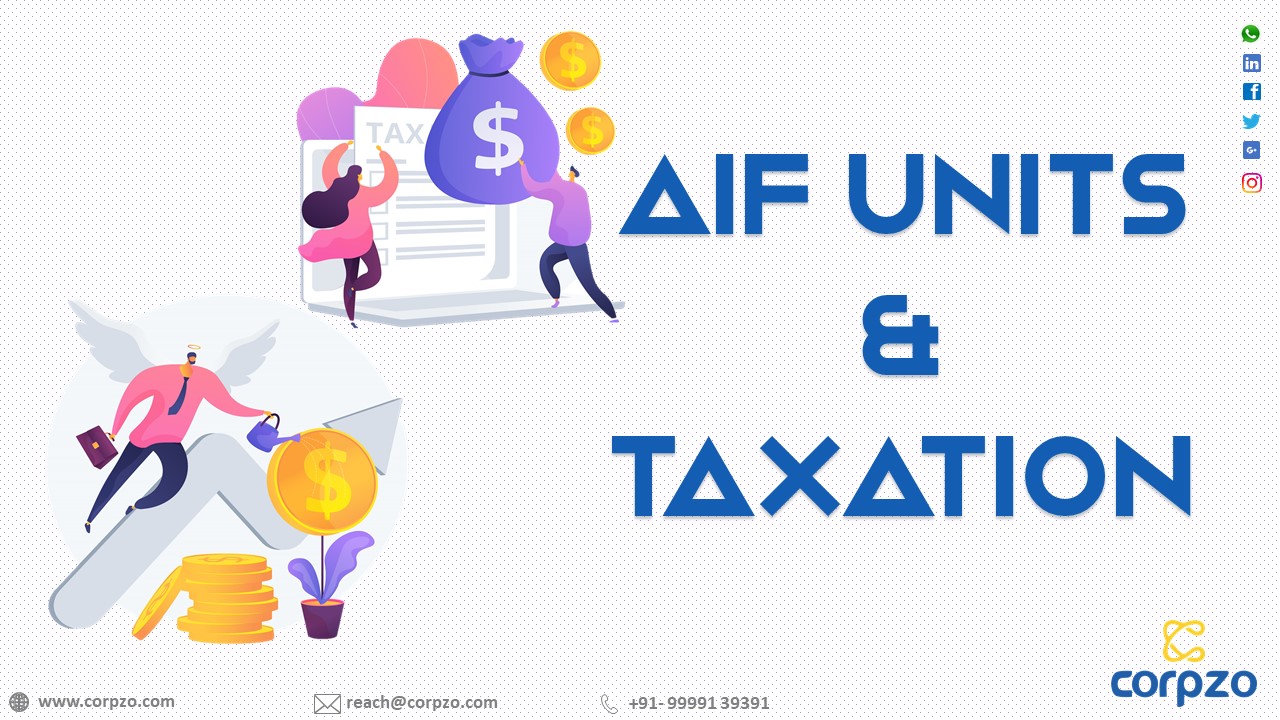 There is a constant demand for long-term capital investments and management experience as start-ups and early-stage enterprises grow. Unlike other sources of finance, such as state funding, pooled investment funds can meet this demand since they have forbearance. Alternative investment funds (AIFs) are among the pooled investment funds. As of December 2020, AIFs alone have invested up to INR 1.8 lakh crores in the Indian economy.

However, the Securities Contracts (Regulations) Act, 1956 (“SCRA”) was amended by the Finance Act of 2021, which included AIF units in the definition of “securities” under section 148(ii)(b). This post will look at the impact of the modification from the standpoint of double taxation in the hands of unitholders who are AIF investors under the Income Tax Act of 1961 (“ITA”). It will also explore the difficulties that AIFs face in terms of valuation, as they must now be issued or transferred at fair market value (“FMV”) under section 56(2)(x)(c) of the ITA.

AIFs and the Law

The Securities Exchange Board of India (“SEBI”) introduced the Securities Exchange Board of India (Alternative Investment Funds) Regulations, 2012 (“AIF Regulations”) in 2012, transforming the domestic investment funds business. AIF was given its own set of rules in order to establish it as a distinct asset class. AIF is defined as a "privately pooled vehicle" under Regulation 2(b) of the AIF Regulations, which aggregates funds from investors to invest in portfolio companies. It can be formed or incorporated as a company, a body corporate, a trust, or a limited liability partnership, and its management will be unaffected by any other SEBI rules. Regulation 3(4) divides AIFs into three categories: I Category I AIFs, which invest in start-ups or early-stage companies; (ii) Category II AIFs, which invest in equities or debt securities of unlisted companies or other AIFs and do not borrow except for routine management needs; and (iii) Category III AIFs, which invest in listed or unlisted securities through complex trading strategies. Each category has its own set of privileges and rules.

Under section 115UB of the Internal Revenue Code, Categories I and II AIFs have the benefit of being treated as a "pass-through entity" for tax purposes. As a result, any income resulting from or received in the hands of a person as a result of the investment fund's investments for being a unitholder of the fund will be taxed as if the fund's investments were made directly by it. The explanation I of section 115UB defines an investment fund as a Category I or Category II AIF incorporated in India, and a unit as a ‘beneficial interest of an investor in the investment fund. It does not regard the unitholder's activity of subscribing to an AIF's units, but instead treats the AIF's investments as if they were made directly by the unitholder; thus, it does not tax the issuing of AIF units, but only the income from the AIF's investments.

The Indian Stamp Act of 1899 (“ISA”), on the other hand, required stamp duty to be paid on the sale or issuing of the AIF unit. Its goals were to make conducting business easier, standardize stamp duty on securities, and grow the Indian securities market. Securities are defined as I securities under the SCRA; (ii) a debt instrument; (iii) derivatives under the Reserve Bank of India Act, 1934; and (iv) any other instrument certified by the Central Government to be a security under Section 2(23A) of the ISA. AIF units, on the other hand, could not be construed as a security under any of them.

As a result, the Central Government amended the SCRA by inserting sections 2(d)(a) and 2(h)(ida) by the Finance Act of 2021. A ‘pooled investment vehicle,' according to them, is a fund established in India in the form of a trust or otherwise, and might be an AIF that receives cash from investors for investment and includes AIF units as securities. It covers AIF units issued by domestic AIFs as pooled investment vehicle units. As a result, AIF units are securities and are subject to the taxes laws that apply to securities issues and transfers.

The Taxation of AIF Units Has a Ripple Effect

The inclusion of AIF units in the definition of securities has a knock-on impact on the taxation of Category I and II AIF units in the hands of unitholders when they are issued and inter se transferred at a valuation below the FMV under ITA section 56(2)(x)(c). Under the heading of "revenue from other sources," the clause provides for taxation on any property, excluding immovable property, including securities obtained for less than the FMV. This interpretation also results in rigidity in the process used to calculate the AIF's valuation.

The taxation of AIF units is governed by Section 115UB of the Internal Revenue Code, which is a "non obstante" rule. Nonetheless, because AIF units are securities, the law can be interpreted in favor of imposing a tax on the consideration paid for them if they are transacted or issued for less than the FMV of the AIF units by an amount exceeding fifty thousand rupees, as provided in section 56(2)(x)(c) of the ITA.

When the legislation permits the taxation of such transactions, it obstructs the industry's ordinary practice and introduces legitimate transactions into the mix. Section 56(2)(x)(c) is an anti-abuse clause that levies a tax on fraudulent, fictitious capital-building operations in exchange for nonsensical compensation. If private company securities are issued to the AIF for less than FMV, the unitholder is taxed on the difference. Previously, there was no tax on the issuing or transfer of AIF units. When AIF units are issued or transferred for less than their aggregate FMV, the transaction is currently taxable in the hands of the unitholder under section 56(2)(x) of the Internal Revenue Code (c). If the consideration is less than the FMV for such investments, the unitholder will be taxed again, despite the AIF's status as a pass-through corporation under section 115UB. Furthermore, an AIF unit's value is not determined by the unitholder. This results in double taxation in the hands of investors, impeding efficiency and the growth of the AIF business.

Assessment of the AIF

Because AIF units are securities, they must follow the standards for valuing securities. The adjusted book value technique is used to value stocks under rule 11UA of the Income Tax Rules of 1962. This application adds rigidity to the valuation of an AIF with numerous investments in several portfolio companies that hold various securities classes. Because the FMV is evaluated on a case-by-case basis, there is no uniform methodology accessible in good faith for a fair assessment. AIF can decide the methodology of valuation at its leisure and only once, according to regulation 23 of the AIF Regulations. The geopolitical and economic environment of the country also influences investment valuation. The regulation has been flexible because it recognizes the difficulty of estimating the AIF's valuation. The law currently promotes a one-size-fits-all approach as a straight-jacket formula, which is a significant setback for the AIF industry's development.

Furthermore, under regulation 23(2) of the AIF Regulations, the valuation of Categories I and II AIFs must be done at least once every six months or once a year with the permission of at least 75% of the investors. Typically, there is a time gap between the unitholder's commitment to invest and the investment's withdrawal, which could result in a change in the portfolio firms' valuations, hence changing the AIF's valuation. The AIF units are distributed to the investors during drawdowns. Following the amendment, there is an indirect obligation to conduct a valuation prior to the completion of each investment round for the issuance of AIF units at the FMV, consistent with the portfolio company's worth. Furthermore, if the AIF units are moved inter se, they must be sold at the FMV, necessitating a new valuation. This raises the frequency of AIF valuations and is in violation of the AIF requirements. Due to the high threshold for the frequency of AIF valuation, there may be delays in closing as well as increased investment costs, preventing legitimate firms from raising financing. Implementation

After April 1, 2017, section 56(2)(x)(c) applies. The change does not apply to AIF investments made prior to the amendment's implementation. The ambiguity in its application generates confusion while also bringing earlier AIF investments into its scope ex post facto. When a transaction is made for issue or transfers below the FMV, it can be taxed, resulting in litigation. Unitholders and fund managers are more fearful and insecure because of the ambiguity surrounding retrospectivity.

For AIFs, the modification has created ambiguity in terms of valuation, taxation, and implementation. Previously, AIF laws gave fund managers the necessary leeway and a clear line of demarcation when it came to taxation under section 115UB of the Internal Revenue Code. However, the amendment is currently causing more harm than good. It failed to anticipate the rippling impact on the taxation of AIF units when it set out to standardise stamp duty. The emphasis on making doing business easier ended up being a major stumbling block for the domestic AIF industry and hampered the growth of early enterprises.